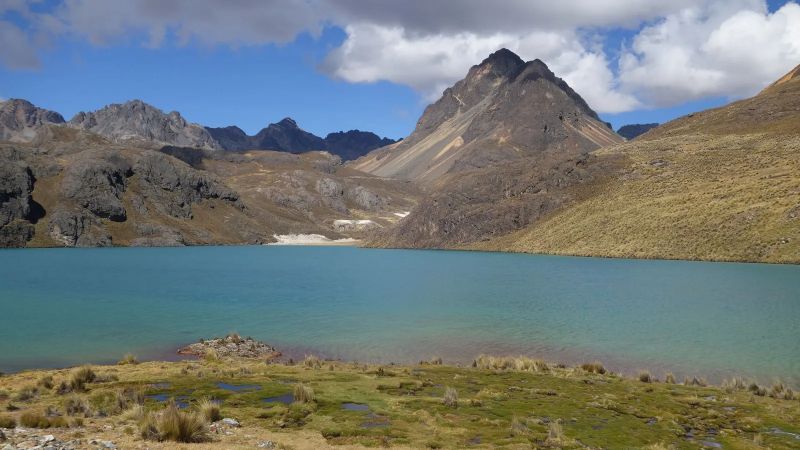 Peru is turning to ancient indigenous techniques and natural ecosystems to keep its taps running, as climate change threatens to dry out its water supply.

Pre-pandemic, in the austral winter, I drove north out of Lima, up into Peru’s highlands to the village of Huamantanga (wa-mon-TONG-a). I was traveling with scientists who were studying local farmers’ use of a 1,400-year-old technique to extend water availability into the long dry season.

Wending our way through the narrow Chillón River Valley, a slim swath of irrigated green crops hemmed in by sheer walls of tawny rock, we crossed the river and began grinding up a single-lane dirt road clinging to the side of a steep mountain. At about 3,500m (11,500ft), we reached a plateau with fields of avocados, hops, potatoes and beans and, finally, the village, where two-storey buildings of mud bricks and concrete lined narrow dirt streets. Burros, horses, cows, dogs and people puttered around.

The Andes Mountains are one of six places in the world where complex civilisations emerged, spurred by precipitation so seasonal it was a catalyst for hydrological innovations again and again. People cultivated deep knowledge of water and the underground, deploying strategies that still astonish – and which some still use.

Today, modern Peruvians are redeploying that ancient knowledge and protecting natural ecosystems such as high-altitude wetlands to help the country adapt to climate change. It’s one of the world’s first efforts to integrate nature into water management on a national scale.

Like the slow food movement, slow water approaches are bespoke: they work with local landscapes, climates and cultures rather than try to control or change them

Peru is among the world’s most water-insecure countries. The capital Lima, home to a third of the country’s population, sprawls across a flat desert plain and receives just 13mm (0.5 inches) of annual rainfall. To support that human abundance, it relies on three rivers born in the Andes that rise behind the city, soaring to 5,000m (16,400ft) in just 150 kilometres (93 miles). Lima residents are not alone in this reliance on mountain water. An estimated 1.5 billion people worldwide could depend on water flowing from mountains by 2050, up from 200 million in the 1960s.

Water scarcity in Peru is getting worse as a result of climate change. Within living memory, mountain glaciers have melted and the rainy season has shrunk to just a couple of months. Already Lima’s water utility Sedapal can only supply customers 21 hours a day, a rate that Ivan Lucich, executive director of the national water regulator Sunass, says he expects to further decline in the coming years. A 2019 World Bank report evaluating drought risk in Peru concluded that the capital’s current strategies to manage drought – dams, reservoirs, storage under the city – will be inadequate by as early as 2030.

How much do we know about our watersheds?