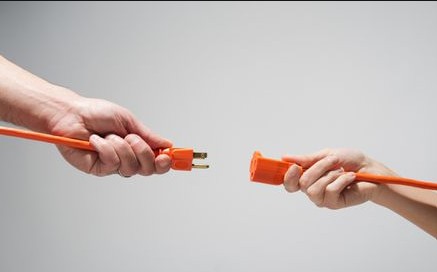 The City of Albuquerque (CABQ) has joined the New Mexico Water Data Initiative (NMWDI) effort to provide open and accessible water data. Recognizing the value of having greater accessibility to their data, Ken Ziegler, a senior environmental health scientist in the Environmental Health Department at the City of Albuquerque, has been an integral part of data collection, management and now data sharing.

“We have a lot of data, and we want to make sure it’s accessible and transparent for others to use in new ways or answer their own questions. The New Mexico Water Data Initiative has been working with me to help make our data more accessible.” Mr. Ziegler explained.

As part of various monitoring efforts, the City and collaborators have collected groundwater levels and water quality from more than 80 wells around the Albuquerque metropolitan area. For some of these sites, monitoring since the 1980s provides a long term record of changes in groundwater levels, as well as changes in groundwater quality. This wealth of water data, collected originally for monitoring landfills or tracking contamination sites, is now reusable beyond its original purpose for the data collection.

Mr. Ziegler is in charge of collecting and analyzing this data and he is also responsible for providing this information to the public. Historically, questions about city water and requests for information are answered by city personnel. With the move to integrate this data into the NMWDI data hub, this data is becoming more accessible to the public. This can allow users to more quickly access information for scientific research, policymaking, or personal needs.

Providing access to public water data is important to Mr. Ziegler. While data integrations can be expensive, the CABQ worked closely with NMWDI staff to build links between the database system currently used by the City and the open-source systems that NMWDI uses to organize state-wide data. Integrating the City water data into the larger New Mexico water setting is critical to Mr. Ziegler’s work.

“All of our data is technically public anyway.” Mr. Ziegler shared, “I look forward to seeing different sources of water data together in one, findable location. Anything we can do to make finding the data simpler, even if it’s just one less step, is a good thing.”

To bring the CABQ’s water data into the NMWDI, it takes several steps, which are now fully automated. First, groundwater level measurements collected by CABQ personnel are entered into the city’s internal database from field data collector tablets. After a few discussions with Mr. Ziegler, the NMWDI IT support team created a process where the CABQ database sends an email to NMWDI with any new water level data in a machine readable format (in this case, csv). Each night, a NMWDI server scans the email inbox, downloads data, and uploads the new water level measurements to the NMWDI platform.

From here, it is transformed to a standard-format API (short for “application programming interface”), making it searchable and accessible by other computers to work with. APIs are tools that allow computers and applications to talk to each other. From this API, the NMWDI, in collaboration with UNM’s Earth Data Analysis Center, is developing a user-friendly map tool. Stay tuned for more on that!

The API data are now available here https://catalog.newmexicowaterdata.org/dataset/cabq-sta. The NMWDI team is working to make sure these data can also be integrated with other data sources in Albuquerque, like the USGS water level monitoring data. This data can also be viewed from the CABQ’s interactive map page at this link.

Mr. Ziegler says, “It’s 2021. We may have to buckle down, but there is a way forward [to open access data]. If we have learned anything in this last year [2020], it’s that we need to have data available.”

While the Water Data Act for New Mexico specifically applies to state agencies, it also provides guidance for collaboration with “other regional and national efforts to share, integrate and manage data.”  The City of Albuquerque is one of the leaders in collaboration and data sharing progress in the state.