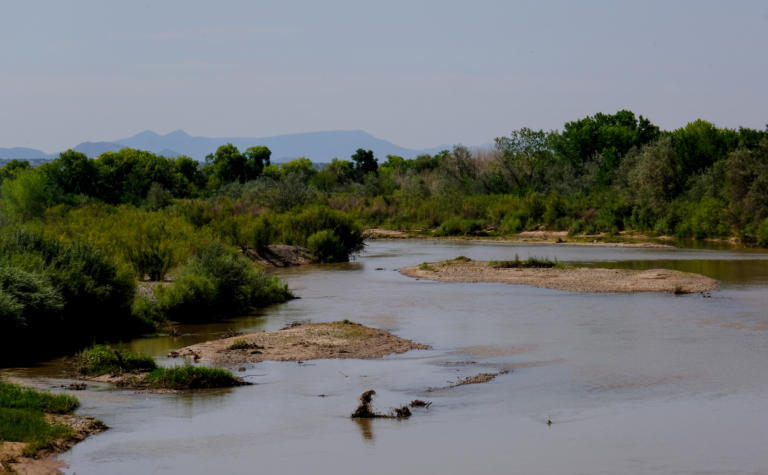 “In some agencies, there’s a lack of a data system entirely, where there are multiple Excel spreadsheets that are archived on different hard drives,” said Timmons, who also serves on the Interstate Stream Commission. “And in other cases, even worse, paper data are archived on shelves and file cabinets.”

The project tasks state agencies with integrating water data into usable formats. The university is also mapping the state’s aquifers to “fill a data gap” on groundwater quantity and quality.

That data could come in handy as entities pump more groundwater because of limited water flowing in rivers and streams.

“We’re kind of into this new level of scarcity where relying on instinct, rather than evidence-based decisions, is no longer going to work for us,” Timmons said. The Office of the State Engineer’s 2015 estimates show that irrigated agriculture accounts for 76% of New Mexico water use.

“It would seem to me that eventually water will flow to the point of greatest economic benefit,” Scott said. “The fact that we have overallocated our resources in the state is a problem that has to be addressed, and it cannot be addressed without including agriculture in that conversation.”

Funding for water agencies like the Office of the State Engineer and the Interstate Stream Commission needs a “remodel,” said Kyle Harwood, a Santa Fe water lawyer.