Home Ground Water How much do we know about our watersheds?
Ground Water, Infrastructure, Water Levels, Water Planning, Water Use 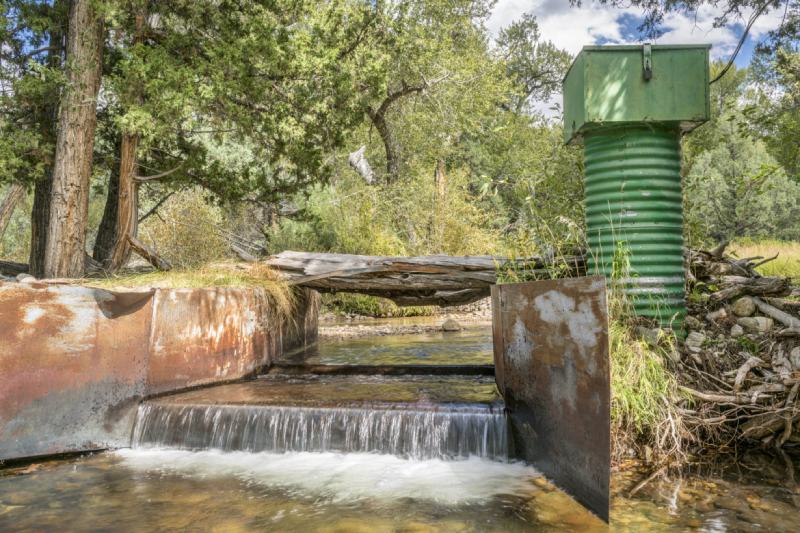 Corey Krabbenhoft saw the ebbs and flows of New Mexico’s rivers growing up in Albuquerque. From that experience, she knew how many of the waterways in the state only flow at certain times of the year.

As a postdoctoral researcher at the University of Buffalo, she is the lead author on a new paper published in the journal Nature Sustainability that looks at stream gauges, particularly in what the authors call “bias” in placement.

Krabbenhoft explained that the study doesn’t focus on where the stream gauges are located, but rather what types of rivers are represented globally when it comes to monitoring with gauges. This paper documented that ephemeral waters, headwaters and waterways in protected areas like wilderness areas are less likely to have stream gauges on them, which can lead to a gap in knowledge about how the river systems work.

In contrast, larger rivers that often have dams on them regulating the flows and usually pass through more populated areas are more likely to have these gauges.

In the introduction, the study authors state that this “weakens our ability to understand critical hydrologic processes and make informed water-management and policy decisions.”

Hydrologist George Allen, an assistant professor at Texas A&M University and an author of the paper, said the team of researchers used a system called the Global Reach-level A priori Discharge Estimates for Surface Water and Ocean Topography (GRADES) dataset, which gathers publicly-available data. He said this does have limitations. While the United States tends to provide its data, other countries are less transparent.

The study traces its roots to a meeting in 2019 in New Mexico. During the meeting, the team decided to look into topics like water gauges.

Allen explained that the National Science Foundation funded a research coordination network to focus on dry rivers. This team had a diverse set of backgrounds including hydrologists like Allen and ecologists like Krabbenhoft. The team spent a handful of days in New Mexico talking about science and came up with several research ideas, including the location of stream gauges.

Krabbenhoft said the southwest United States is arid and many of the rivers are underrepresented when it comes to gauges.

This means not as much is known about the smaller rivers in the arid southwest despite the fact that those rivers play an important role in the ecosystem health and hydrology.

Krabbenhoft said if all the information is being gathered downstream rather than upstream in areas like headwaters, it limits the ability to predict what’s going to happen in the watershed and to respond to those changes.